nerd_funk and the emergence of a new genre

nerd_funk is the name of an ambitious, multi-faceted project by Ali Eslami and Mamali Shafahi. Ali and Mamali are both Iranian by birth but now based mainly in Europe. Ali is from a new-technology background but has gravitated towards art, and will soon take up a two-year residency at the Rijksakademie in Amsterdam. Mamali is from a fine-arts background, but has developed a strong interest in new technologies, now often at the heart of his practice. Their profiles fit together neatly, like the pieces of a puzzle; this helps explain the unique strengths of their partnership in a project that combines art and high-tech.

Mamali and Ali discovered they shared a fascination with the impact on our lives, now and in the future, for good or ill, of new and emerging technologies, along with the now-ubiquitous phenomena, such as social media, they have made possible, and it was this shared interest that cemented their partnership. 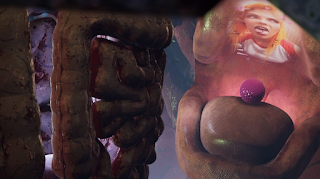 They're interested in how, already, technology enables us to extend our bodies and our mental and physical capacities, and how in a future, 'post-body' world, we might even upload our mind to an artificial body, and live in it forever. 'It will be the death of death,' as one commentator put it in a BBC News video.

They're interested in the effects new technologies may have on the future of the Earth and the life forms it supports.

They're interested in persona, whether real or cyber, quoting Benjamin Bratton: 'It will become unclear [...] whether one is encountering a fully autonomous, partially autonomous or completely human-piloted synthetic intelligence [...] is this a person or a machine? Is there a person behind this machine? And if so, how much is a person? In time, the answer may come to matter less...' (Bratton, The Stack).

And they're interested in the continuum running from the real to the virtual, encompassing multiple variations and blurring boundaries between subject and object, object and subject. 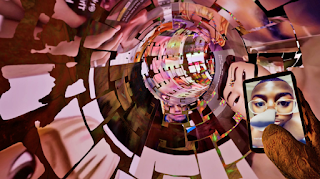 They also draw on actor-network theory, whereby 'Actants denote human and non-human actors [...] there is no difference in the ability of technology, humans, animals, or other non-humans to act [...] As soon as an actor engages with an actor-network it too is caught up in the web of relations, and becomes part of the entelechy.' (See Wikipedia here.)

Both feel our civilization has reached a crucial, or at least a particularly interesting stage, and that it would therefore be useful, especially given the ephemeral nature of what flashes past, at hurricane pace, on the likes of Instagram, to take a 'snapshot' and make a record or archive of things as they stand today.

nerd_funk: a new kind of experience

So they started work on nerd_funk. Briefly, the aim of nerd_funk is to curate an archive of thousands of Instagram stories Ali and Mamali see as relevant to their interests, as outlined above, and use it as a base of source material for new kinds of experience for users/spectators: immersive experiences, which may be seen as artworks, film, documentary, entertainment, or all of these and more.

To help build up their archive, Ali and Mamali created an Instagram persona, called nerd_funk. They sometimes curate the account themselves, and sometimes hand the job over for a week or more to guests. They now have now a base of thousands of posts and stories, and it continues to grow.

The spectacular core of the nerd_funk project, and the most demanding, time-consuming and costly to produce, is a series of five immersive experiences centred on VR. In each of these, users or spectators enter a large, installed, physical space, setting the stage, and sometimes also offering preparatory activities, for a virtual reality experience of about ten minutes in length. Each of the five VR 'chapters' takes users on a virtual journey featuring, within the kaleidoscopic digital space, as the adventure unfolds, Instagram stories relevant to the topic, taken from the archive.

The five chapters are:

Phase One of nerd_funk, comprising the first two chapters, was described by Hugo Vitrani, curator at the Palais de Tokyo in Paris, as ‘one of the best current examples of interactive and immersive art (...) which I see developing into a significant addition to the corpus of interactive and immersive documentary art.’ It won the Golden Calf in the 'Interactive' category at the Netherlands Film Festival in 2020:
Ali Eslami at the Netherlands Film Festival in 2020
Vitrani, who curates VR shows at the Palais de Tokyo, suggests that VR art projects can be disappointing, either because the artists fall short on the technical side, leading to a bland virtual experience, or because projects by VR specialists, while technically strong, fall short on artistic value. Mamali and Ali's complementary profiles thus help explain the special strength of their partnership.

More than VR: a multifaceted project

The nerd_funk VR component interweaves documentary, art, entertainment and state-of-the-art technology into a new genre without, as yet, a name. But the project is multifaceted: it combines research and archiving with a physical installation, the VR experience within the installation, an ongoing Instagram profile (described above), lecture performances, and a physical publication: a book.
The physical installations for each VR chapter are designed as a preparatory or intermediate stage between the real and virtual worlds. They combine objects, sculptures and videos linked to the VR content, and screens displaying source materials from nerd_funk’s Instagram story archive.
nerd-funk could be set up in museums, but the ultimate aim is to present it in public spaces, with the five chapters spread out in different city locations. Each chapter would be installed in its own, custom-designed container, with routes mapped out between containers, bringing in the cityscape as part of the experience. This would bring the project to a wider public, but Mamali and Ali also hope that, as people emerge from each installation to cross the city to the next, their perception of the real world will also progressively change.
In addition, Mamali and Ali are working on what they call a 'lecture-performance', a hybrid event, between a VR experience and a 3-screen installation. They see this as an opportunity to engage live audiences, share their experiences over the course of the project and spark discussion about the issues nerd_funk focuses on, in a format that blurs the boundaries between reportage and artwork.
Finally, as a key objective of nerd_funk is to make a record or ‘snapshot’ of a specific point in the evolution of social media and their place in contemporary culture, the project also includes a print publication. This would not only perform the ‘souvenir’ function of an exhibition catalogue for people visiting the installation and VR experiences or attending lecture-performances; on sale at art book fairs, in museum shops and art book stores, it would also make nerd_funk to some extent accessible to those unable to attend in person.
Ali Art Eslami Mamali New technologies Shafahi

Popular posts from this blog

Growths of the Earth: Louis Fratino at Ciaccia Levi, Paris 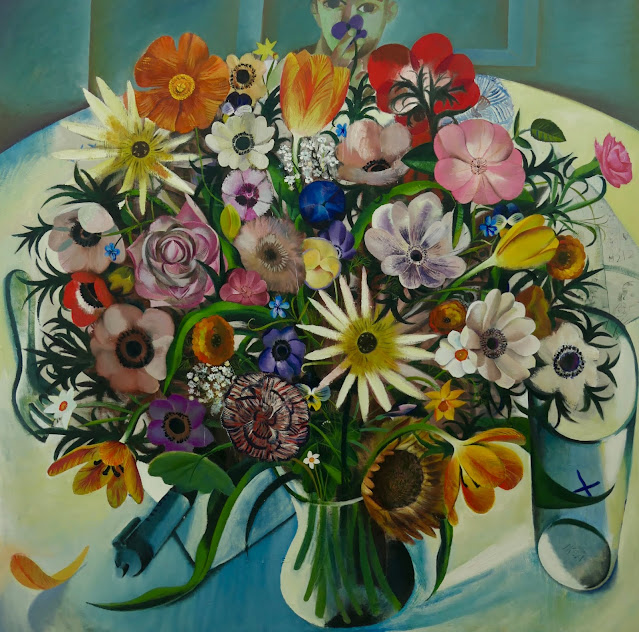 The first time I saw any work by Louis Fratino was nearly four years ago, when Antoine Lévi was showing some at Paris Internationale, the 'emerging art fair' that usually takes place at the same time as the 'posher' FIAC. I've often regretted I didn't buy the little Man on a Swing that caught my eye at the time. The one that got away: Man on a Swing Since then, I've visited Antoine Lévi's other exhibitions of Fratino's work, and bought a couple of pastel drawings. His pastels, paintings, drawings and even ceramics often visibly feature scenes from gay life, including explicitly sexual ones, but they are generally quiet and domestic in tone, a restful change from aggressive, hectoring, 'Spartist' contemporary art. You never get the feeling you're being beaten into submission with insistent identity politics. Today I went to see Growths of the Earth , Fratino's latest solo show at what's now Ciaccia Levi Paris. It was interesting t
Read more 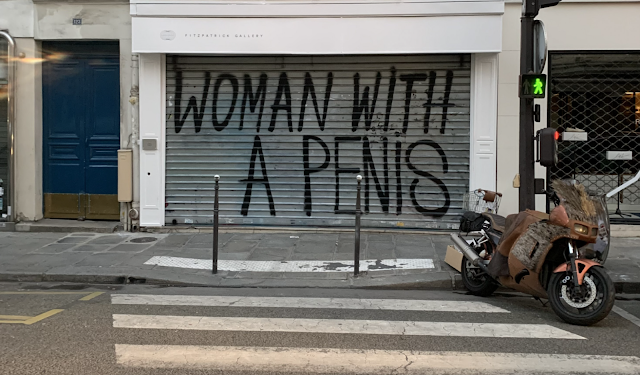 I've no intention of writing a blog post every time I visit a gallery, but I must say I how impressed I was by the new Fitzpatrick Gallery on the rue de Turenne - both the new space and the curating of the opening exhibition, Still Time . Even if you don't like all the works in it (and you rarely do), a well-curated group show - the choice of the artists and works and the way they are displayed together - is a pleasure in itself, as I think I implied in my earlier posts about Parallel Circuit in Tehran and Everyday in Antwerp . In this case, the exhibition was curated personally by owner Robbie Fitzpatrick, whose booth at Liste in Basel caught my eye for the same reason. I was especially glad to see a polychrome limewood relief by Mathis Collins, a favourite of mine, there; a large painting by Vittorio Brodmann - I like to see what he's up to; and a small one of peaches by Ulala Imai, whose engaging painting of bacon and eggs, similar in size, had already caught my eye at
Read more